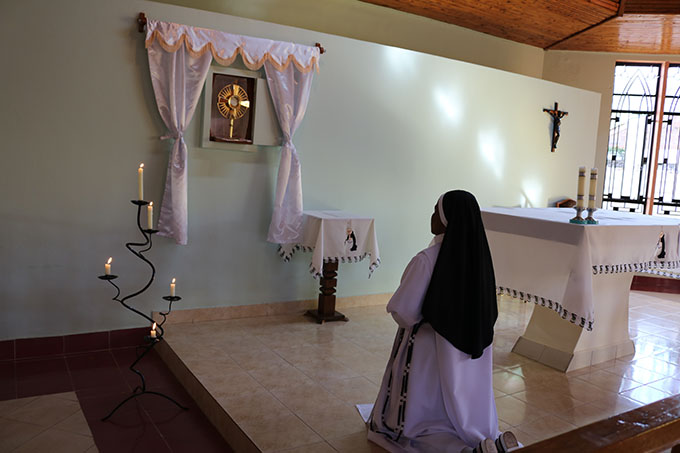 Prayer is a reference point through which we come to a better knowledge of God and ourselves. The Eucharist and the Liturgy of the Hours are the essential elements of Dominican prayer. The gift of the Holy Rosary also has a special place in our life. Each nun must also embrace personal prayer, essential to our way of life. Each nun religiously sets aside some part of the day and some days in the year for deeper contemplation.

In the monastery, prayer is not the work we do but life we live. It is the very atmosphere we live in and the air we breathe. Though we have set times for prayer, in fact, every movement in the cloister is a prayer. Our relationship with prayer in the cloister is like that of the fish in the ocean.

We adhere to the Apostle’s admonition “to pray without ceasing” (1 Thessalonians 5:17). In one of his letters, St. Jerome speaks of the early church and for monasticism in general. The two ideas he emphasized on can be summarized as:  one should strive to pray at all times as well as adhere to a regular structure of prayer at appointed times. He numbers in all six common prayer periods: morning, evening, nighttime, as well as prayer at the third, sixth, and ninth hours (Terce, Sext, None). Our ancestors in the faith began counting hours at sunrise, about 6am. 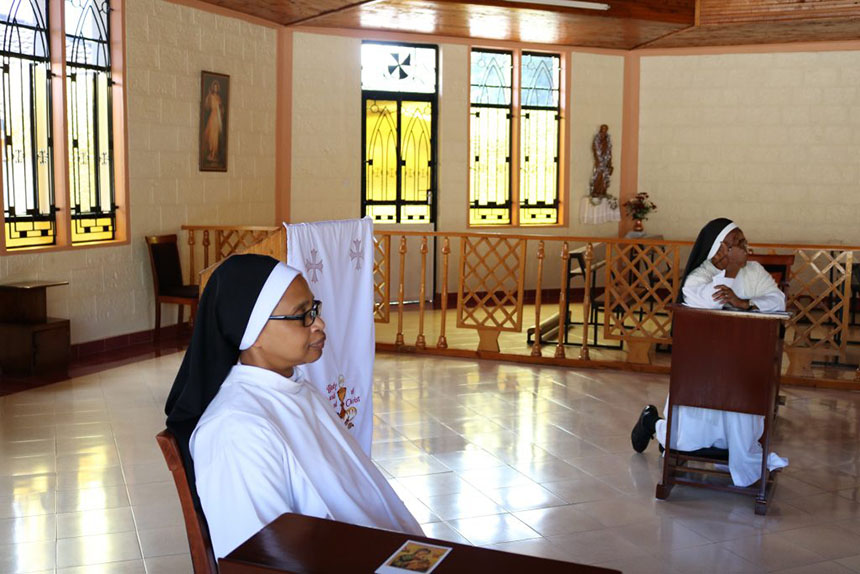 We hear of eight prayer periods from St. Benedict, written in the early 6th century: Matins or Vigils, Lauds, Prime, Terce, Sext, None, Vespers, and Compline. Since the time of Saint Benedict, there generally has been understood to be eight canonical hours in the tradition of the Roman Catholic Church. Most probably, St. Benedict took over the number from an existing tradition familiar to him. Perhaps centers of Church life and monasticism already existing in Rome, Milan, Naples, and Lerins in Gaul (modern-day France) influenced him in taking on the same number of prayer periods.

Imitating blessed Dominic as he imitated Christ, Dominican nuns perpetuate his fervor and spirit of prayer for he celebrated the whole Divine Office with great devotion. St. Dominic was tireless in prayer “during the night hours, no one was more constant in every way in prayer and vigils” frequently “he prayed to his father with his doors closed.” Nor should they forget his cry, “Lord, what will become of sinners” LCM 74: III. Therefore, our whole life as nuns of the order of preachers is harmoniously ordered to preserve the continual remembrance of God.

May the souls of the faithful departed rest in peace